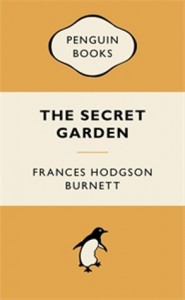 I finally read The Secret Garden by Frances Hodgson Burnett. I want to start with the film review for this one because it's truly in my top 5 favorite films of all time. The movie came out in 1993 and is the reason why I have wanted to ramble across the Yorkshire moors (which I finally did this summer!). The script includes lines which are directly lifted from the novel and is almost entirely faithful to the storyline. It is absolutely fantastic and I highly recommend it. Now for the book! It features a little girl named Mary Lennox who is orphaned and sent to live with an uncle who she has never met named Archibald Craven. Mary's childhood up until this point has been rather lonesome, grim, and without affection. As a result, she is a morose and not at all agreeable child. The house is large, foreboding, and empty apart from the servants as Mr. Craven frequently travels. They're situated out on the Yorkshire moors which to the little girl appears barren and desolate. At first, you think that Mary's life has not improved one iota...and then she starts exploring the gardens. She learns that there is a garden that is hidden and which no one has been inside for 10 years since Mrs. Craven died. Through seemingly magical circumstances, she locates the key and finds her way inside only to discover that the garden is not entirely dead. She enlists the help of a boy that lives on the moors named Dickon who tames animals and over time helps to tame her as well. They decide they are going to bring the garden back to life. This isn't the only mystery of the novel either...and I'm not going to tell you anymore because you need to read it and then watch the film. GO, GO, GO!